In cooperation with the Foundation, the international interdisciplinary conference "Buddhism in Dialogue with Contemporary Societies" took place in the Museum of Ethnology in Hamburg from June 20-22, 2018.

The focus of this conference was on the dialogue between Buddhist tradition and Western society.

The ongoing encounter between Buddhism and contemporary Western societies has already left a lasting mark on both parties, as happens in any open dialogue. Arriving in the “West”, Buddhism has been confronted with the values of European enlightenment and human rights, articulated within the paradigms of Judeo-Christian culture. Buddhism has often been described as a kind of philosophy and lifestyle. Buddhist voices have joined discussions of secular values, Buddhist-inspired mindfulness practices are penetrating therapeutic fields, while Buddhist communities have gained followers attracted to what they see as a more rational and “less religious” religion. Yet Buddhism clearly comprises an immensely diverse system of beliefs and practices that are themselves in the process of vast internal changes in response to new social realities.

In Europe, it is not just Buddhists who deal with teaching, philosophy and Buddhist practice in order to enrich their lives: the Buddhist influence on Western culture is noticeable in literature and art, in the social field, in environmental awareness, in Psychotherapy and pedagogy, and he has found his way into everyday language and everyday life. Meditation and mindfulness exercises help them find greater inner peace and mental stability. In neuroscience and psychology, which are increasingly using meditation and mindfulness in the secular area, the greatest overlaps so far with Buddhist-inspired ideas are evident.

Buddhism is often seen in the West as a kind of philosophy and lifestyle, but in reality it is an incredibly diverse system of ideas and practices. Faced with contradicting ideologies, with the sciences and technologies, he faces a major challenge: on the one hand, he meets with great interest, on the other hand, there are huge upheavals inside, which can no longer be done with simplifying stereotypes and anachronistic definitions.

In Europe, Buddhism is not only opposed to a completely different, Judeo-Christian oriented culture, but also to the values ​​of European enlightenment and human rights. If Buddhism as a religion is to find its way into Western culture, it will necessarily have to adapt to this already existing value system - a process that is significantly promoted through dialogue. Experience has shown that interreligious dialogue or 'dialogical theology' not only helps to develop a deeper understanding of one's own religion, but also makes it possible to learn from one another at eye level. 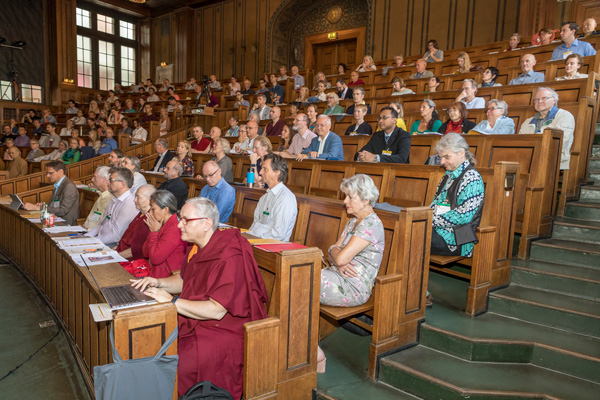 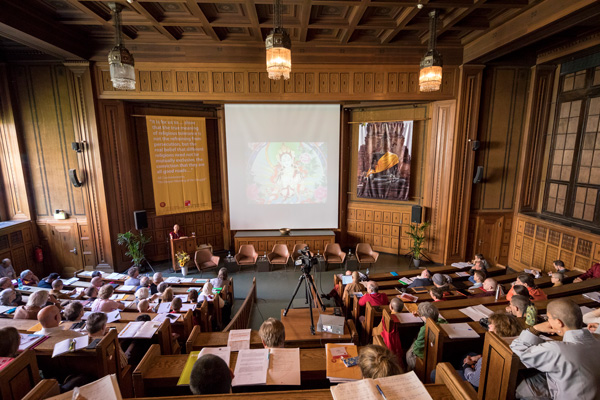 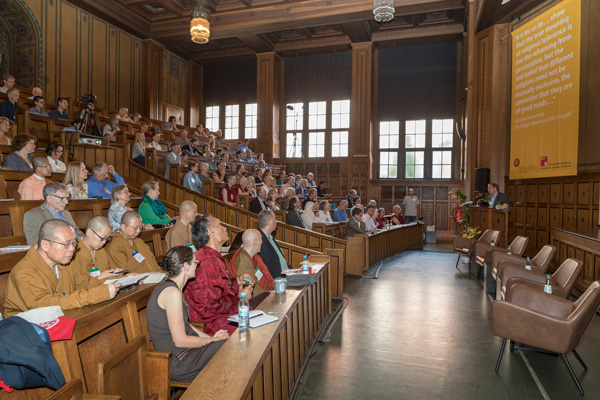 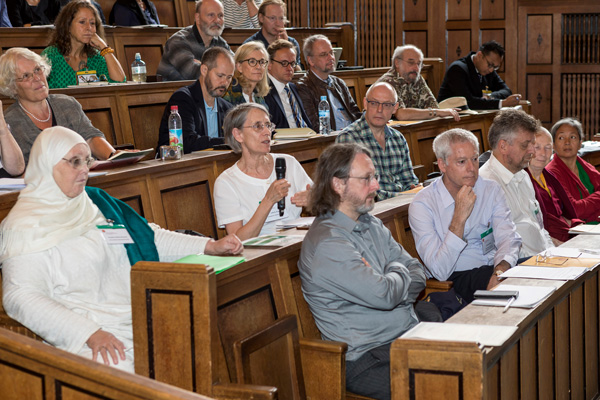 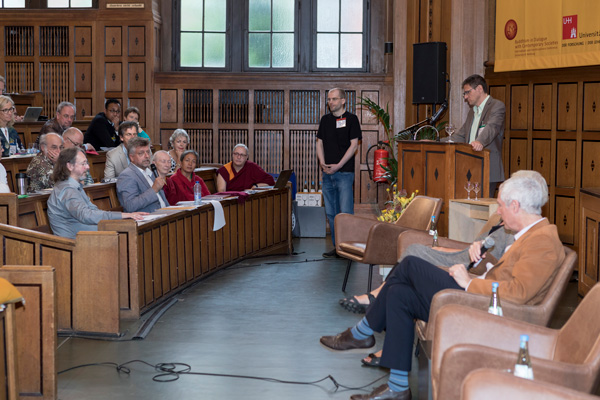 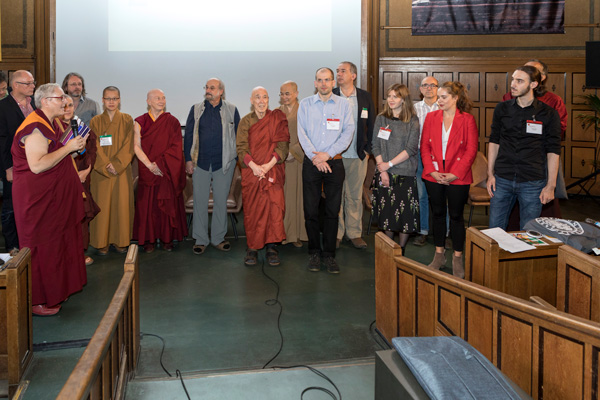 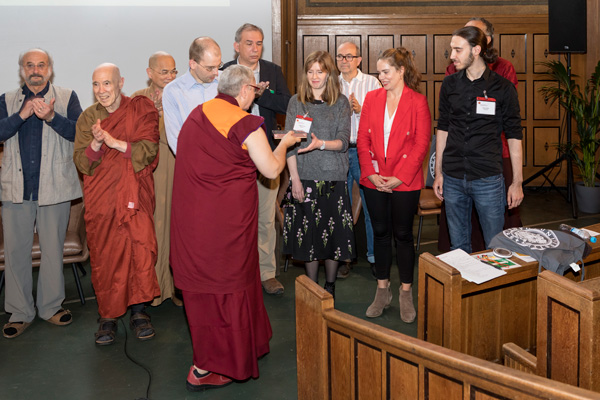 To explore these dialogical processes, this International and Interdisciplinary Conference “Buddhism in Dialogue with Contemporary Societies” brought together 24 scholars of Buddhism and senior Buddhist teachers from the three mainstream traditions of Buddhism, i.e. Theravāda, East Asian (including Zen), and Tibetan Buddhism. They addressed such questions as:

In order to guarantee the scientific success of the conference, the events were only accessible to an interested specialist audience from science and practice for the first two and a half days.

On the third day, the event was opened to a general audience from 2 to 6 p.m., with short contributions and workshops on Buddhism in school, mindfulness training and emotion management.

In the evening there was a public lecture on “Possibilities and Limits of Interreligious Dialogue. The Compatibility of Religion with Human Rights ”. Afterwards, a group of five scientists from the world religions and the secular area discussed with each other and with the interreligiously mixed audience.

The conference is fully documented. It is intended to publish the presented lectures and a summary of the discussion results in an anthology.